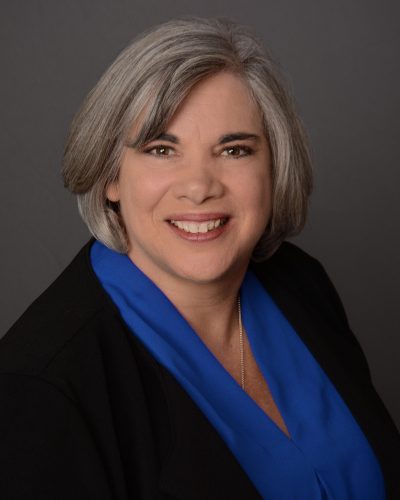 I am an attorney, practicing law for thirty-two years. I have been involved with DCDC for the past several years as Assistant Solicitor. I became involved after running for Magisterial District Judge in 2019.

I began my legal career as a legal services attorney, defending the rights of the under-served, individuals who could not afford attorneys to represent them in obtaining and maintaining basic necessities. I then represented labor union members and their families before opening my own practice with my husband in Media in 2007 where my focus is on divorce, custody, support, and adoption. For the last several years I have also been serving as a Guardian ad Litem in Orphan’s Court matters.

Raised in Chester County, I attended Denison University, in Granville, Ohio. I graduated with High Honors and immediately entered law school. I returned to Pennsylvania after obtaining my law degree from Emory University School of Law in Decatur, Georgia. My husband and I married in 1993 and have lived in Delaware County since that time. We bought our first house in Media in 1998 and have raised our three daughters: Emily who is now 26, Abby, 22 and Hallie, 18. All three girls attended and excelled in the Rose Tree Media School District.

I have been active with our community. I have served as a Girl Scout leader, before and after school program board member, parent volunteer for community sports, home-room mom, and parent chaperone. I was also a member of the Delco Transition Team for Voting Issues. I continue to serve as board member for LASP and as an Attorney Liaison with the Women’s Resource Center. I have also volunteered with elections since the early 2000s, first as a greeter and then as a clerk.