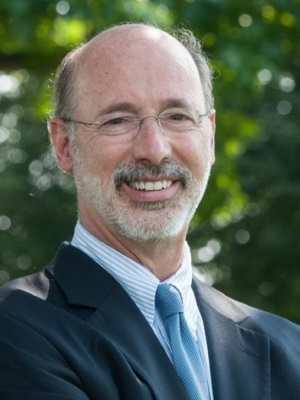 In early 2009, Tom Wolf was preparing to announce his bid for governor and received an urgent phone call. The company he sold three years earlier—a company he spent twenty-five years building and growing—was on the brink of going bankrupt and closing. Rather than walking away and leaving his former employees to join the ranks of the unemployed, Wolf immediately ended his campaign and negotiated a repurchase of the family business, putting every penny he had into the enterprise. Tom knew that if he did not innovate, the company would not survive in today’s competitive economy. So he changed the company’s business model, transforming it from just a supplier of other people’s kitchen cabinets and exterior building products into a company that sources its own American-made cabinets, competing directly with Chinese products.

The Wolf Organization currently employs hundreds of people and does business in dozens of states. Wolf turned his company around not just through innovation, but by investing in people. At a time when many businesses are cutting employee benefits, Wolf provides comprehensive health insurance benefits and not only matches workers’ investment in retirement funds but makes employer contributions even when workers do not.

Tom Wolf grew up in a small south central Pennsylvania town and still lives in the house he was brought home to from the hospital. He attended Dartmouth (BA), the University of London (MA) and MIT (Ph.D), but he interrupted his studies to join the Peace Corps and served two years in a small village in India.

While writing his dissertation, Wolf worked as a fork-lift operator and warehouse worker in the family business, a distributor of lumber and other building products. Tom’s first full-time job after school was running a Tru-Value hardware store in Manchester, Pennsylvania. Later, with two cousins, he took a risk by securing a loan to buy his family’s cabinet and building materials business, where he grew it, more than doubling its size.

Tom is no stranger to public service. He was appointed by Governor Bob Casey to an economic development board and served on the Legislative Commission on Urban Schools. Later, he took the Job of Secretary of Revenue in Governor Ed Rendell’s cabinet. Because Pennsylvania did not have a statute to guard against conflict of interests, Tom used a statute from the state of Maryland to put all his assets in a blind trust to maintain the integrity of the office. While Secretary of Revenue, Tom instituted reforms in the office that grew and strengthened the state lottery and laid the foundation for millions of dollars in additional benefits for our seniors. Tom has also been active in his community, serving as Chair of the York County United Way, the York County Community Foundation, the York College Board of Trustees, and as Chairman of the York County Chamber of Commerce. He has also been active in the York Jewish Community Center, the Memorial Hospital of York, and WITF, a regional public television system.

Tom has excelled in both the private and public sectors. He succeeded because he believes in investing in people. He succeeded because he knows that a failure to change condemns a company—or a state—to seeing the same, unacceptable results. As Governor, Tom will use all of his life’s experiences to build a strong middle class and a brighter future for Pennsylvania. Tom, 64, and Frances his wife of 38 years live in York County and have two grown daughters.