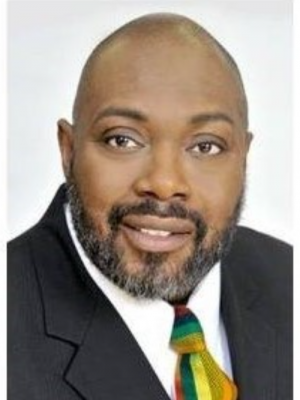 Richard Womack, Jr. was destined to live a life of service to his
community; it’s in his DNA. His late mother, Mattie Womack, was a
deeply spiritual individual who instilled in him an unwavering caring and
compassion for all people. His father, Richard Womack, Sr., is a civil
rights activist and former leader in the labor movement who taught him
to stand up for human and civil rights and fight for workplace
improvements, higher pay and better health benefits for working
people.

After graduating from Darby Township High School, Richard went on to
study political science at Mansfield State College. He is also a graduate
of the Negro Trade Union Leadership Council, the AFL-CIO Organizing
Institute, and the prestigious National Labor College.

Richard currently serves as an advisor to the President for community and religious affairs for the National AFL-CIO, a democratic federation of 55 national and international labor unions that represent 12.5 million working men and women. He has represented Ward 2 on the Darby Township Board of Commissioners since 2009 and was elected Vice President of the Board in 2015. In 2018, he was elected President of the Board of Commissioners. He is currently a Delaware County Councilman, and the Chair of the Darby Township Democratic Party.

During his 25 years of service in the Labor Movement, Richard had the opportunity to work on countless campaigns and issues that changed the lives of everyday people. He played a prominent role in several political campaigns, directed get-out-the-vote programs in numerous states, and became experienced in handling grievances, contract negotiations and arbitration hearings. One of his most gratifying achievements was working intimately with the Disability Community and the U.S. Congress to pass the American Disabilities Act.

Richard has been a champion for youth since his younger days when he had to fight for a seat at the table. His commitment to developing young leaders is demonstrated through the nonprofit community organization he founded, Darby Township Community First, which provides mentorship and programs aimed at promoting positive identity, self-esteem, job readiness, and enhanced cultural awareness.

Among Richard’s numerous honors and awards are the National NAACP “Labor of the Year Award,” the A. Phillip Randolph’s “Community Activist Award,” the Coalition of Black Trade Unionist “Labor of the Year Award,” and the Martin Luther King Jr.’s “Social Justice Award.” He is Vice President of the National A. Phillip Randolph Institute (APRI) and a board member of the NAACP Labor Committee and Rainbow Push Coalition.

The proud father of a daughter, Chantel Womack, and grandfather to Amiyah Womack; is a member of the Highway Church of Christ. His favorite scripture is “No weapon that is formed against thee shall prosper” (Isaiah 54:17) and favorite song is “I Will Trust in the Lord.”