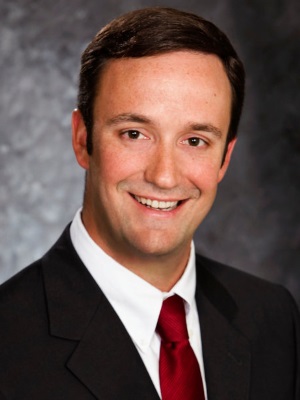 Mike Zabel is a lifelong resident of Delaware County who lives in Drexel Hill with his wife, Lauren, their two-and-a-half-year-old son, John, and infant daughter, Lila. He is an attorney who works in private practice. Mike previously served as an Assistant District Attorney in Philadelphia, and also as a teacher at the middle school, high school, and college level. He sits on the board of the charitable organization SJP Man For Others, Inc.

The oldest of six children, Mike grew up in Havertown, where he graduated from St. Denis School, before heading to St. Joseph’s Prep for high school and College of the Holy Cross in Worcester, Massachusetts. He earned his Master’s Degree in Classics from Indiana. After seven years of teaching Latin and Greek, Mike headed to Temple University Beasley School of Law, where he met his soon-to-be wife. Mike graduated in the top 10% of his law school class (although Lauren did even better!) and was elected class graduation speaker. Mike and Lauren have lived in Drexel Hill for twelve years, and are proud to be raising their children there.

These days, Mike’s spare time is largely devoted to playing with his two children and talking with voters of the 163rd district. Mike has been an avid runner, having completed five marathons, including two running side-by-side to his wife. Mike also enjoys poker, crossword puzzles, and his Philly sports teams – with a special soft spot for the Phillies.