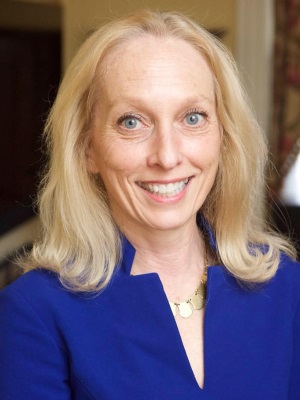 Mary Gay began her advocacy for children with the Support Center for Child Advocates where she has served as a volunteer attorney or board member since 1985. This led to her appointment as co-chair of the Philadelphia Bar Association’s Commission on Children at Risk and many other boards and initiatives fighting for better lives for our children.

Mary Gay’s work on behalf of children and families continued with her work as an attorney for the Education Law Center of Pennsylvania where she fought for access to a quality public education and the rights of students with disabilities.

At the Education Law Center, she led two class action lawsuits to enforce the rights of students with disabilities. Additionally, she represented parents and students in individual cases to defend and enforce their rights.

Her expertise in education law and policy led to her being appointed to state-wide interagency councils implementing federal special education laws. She testified before the Pennsylvania legislature about the ill-effects of zero-tolerance policies, drafted legislative and regulatory proposals and produced training materials about many other areas surrounding Pennsylvania education policy.

From 2007 until 2015 Mary Gay was an elected Democrat on the Wallingford Swarthmore School Board where she was elected as Vice President and President of the Board.

​Serving and being involved in the nuts and bolts of local government has given Mary Gay a deep understanding of how government works at its most basic level. Faced with vastly differing opinions from members of the board, Mary Gay excelled at finding creative, common sense compromises that led to real and positive results for students.

Mary Gay has served as the national Pro Bono Counsel at Ballard Spahr for 14 years. In that role, she directs and supervises over 650 lawyers in 15 offices providing more than 43,000 hours of pro bono legal services annually to low income clients and nonprofit organizations.

This nationally-recognized pro bono practice has worked on critical issues such as fighting for fair pay and equitable treatment for women. This includes representing the U.S. Women’s Hockey Team in their strike in 2017 and the U.S. Women’s Soccer Team. In both cases women athletes were able to gain more equitable working conditions and compensation.

The practice also has a long history of assisting those fleeing violence and persecution. They represent refugees, seekers of political asylum, victims of crime, domestic violence, and human trafficking. This work has taken on fresh urgency with the Trump administration seeking to implement unconstitutional restrictions and bans on travel to the United States and deportation of long term residents. When President Trump, shortly after his inauguration ordered a travel ban that stranded thousands of legal immigrants, attorneys from the program sprang into action, arriving at airports and writing habeas petitions from airport waiting rooms.

Recently, as part of the pro bono practice, Ballard Spahr volunteers in New York, Philadelphia, and Washington, D.C., were trained as legal observers for the massive Women’s March on January 21, 2017 protecting their right to peaceably assemble.

Mary Gay has fought to protect the right to vote, serving as Co-Chair of the Voting Rights Task Force of the Association of Pro Bono Counsel, a program that combats voter suppression and gerrymandering. She has been fighting for voting rights for decades and has the experience and knowledge to take the fight to those who would deny this basic right to citizens of this country.

The pro bono practice also has a strong record of assisting the previously incarcerated with clearing their records, enabling them to fully participate and re-integrate into society. In addition to representing juveniles whose constitutional rights have been violated, she and her colleagues have obtained 29 Presidential grants of clemency for nonviolent offenders.