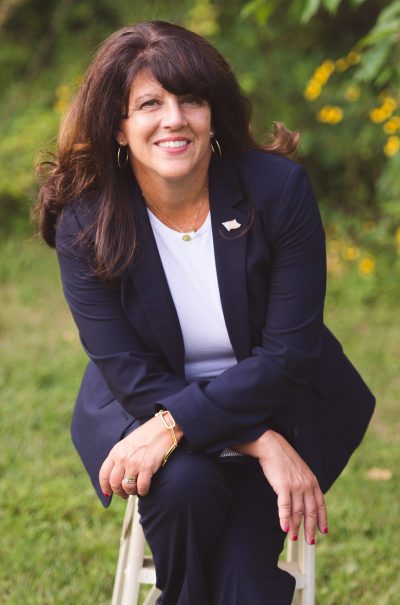 Actively involved in the community, Lisa has served as Radnor Township’s 4th Ward Commissioner since January 2018. During her tenure, she was elected Board President for two terms (2018-2020) and served one term as Vice President (2020-2021). She has also served as the Board liaison to the Shade Tree Committee (2018-present) and Board liaison to the Radnor Memorial Library Board of Trustees (2018-present).

Prior to serving on the Board of Commissioners, Lisa served as an elected Board Director for Radnor Township School District from 2011-2015. During this time, she served as Vice President and in board leadership roles which included Chair of the Facilities and Policy Committees, and Co-Chair of the Government Relations & Communications Committee. During her tenure, Radnor Township became the first Main Line school district to implement a full-day kindergarten program and complete major renovations and improvements at three schools. Additionally, she served three times as a member of the district’s Strategic Planning Committee and eight years as a Board Member of the Radnor Educational Foundation serving for six years on the Executive Committee and as Chair of the Grants Committee. Lisa has also served as President for the Ithan Elementary and Radnor Middle School Parent-Teacher Organizations and is a founding member of the Radnor Alumni Council.

She and her husband, Mark, and their two sons, Ryan and Justin, have lived in Radnor since 2004. Her son, Ryan, is a 2016 graduate of Radnor High School, a 2020 graduate of the University of Scranton, and is now in his first year at Widener University Delaware Law School. Her son, Justin, is a 2018 graduate of Radnor High School and currently a senior at Temple University Klein College of Media. As of November 8th, 2022, Lisa is the Representative-Elect of the 168th District!

Read more about her here.