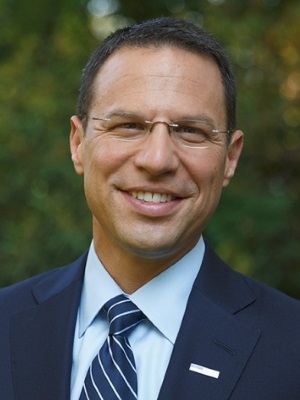 As a public servant, Josh has earned a reputation as a reformer, a leader with integrity, an effective legislator and a can-do executive.

Montgomery County’s first majority Democratic Board Chair in more than 140 years, Josh has led the effort to clean up county government and put the fiscal house of Pennsylvania’s third largest county in order. His efforts to reform Montgomery County have made government more efficient and effective, as he delivered consecutive budget surpluses after years of deficits prior to his election. As Commissioner, Shapiro led the way for significant investments in infrastructure, education and public safety while reducing overall debt and standing up for progressive values. He was first elected to the post in 2011 and reelected in 2015 with the highest vote total in the history of the county.

Josh Shapiro also serves the people of the Commonwealth as Chairman of the Pennsylvania Commission on Crime and Delinquency. Josh works to improve public safety in communities across Pennsylvania by reforming the criminal justice system, better caring for victims of crime, and making prevention and treatment programs more efficient and effective.

Josh previously served as a State Representative from 2005-2011, where he wrote and passed the farthest-reaching ethics laws in a generation and established strict new financial controls over state spending. Philadelphia Magazine wrote that Josh “has been a blast of oxygen in the smoke-choked back rooms of quid-pro-quo Harrisburg,” and his worked earned him a national reputation as a bipartisan consensus builder.