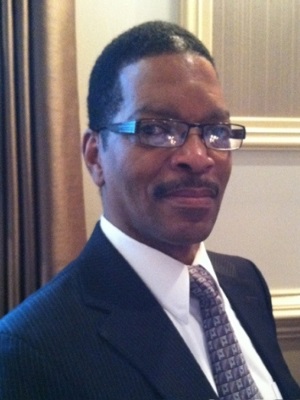 A retired Deputy Sheriff, Jerry Sanders, has dedicated his life to public service and ministry.

A resident of Drexel Hill, Jerry is the Chaplain of Deer Meadows Retirement community, a 140-year-old, 300-unit facility, where he coordinates religious services and ministers to the spiritual needs of residents.

Before retiring in 1995, Jerry Sanders served 24 years as a Deputy Sheriff in the Philadelphia Sheriff’s Office, rising through the ranks from Deputy Sheriff to Sergeant to Lieutenant, to Captain and finally spent his last two years as Chief Inspector. There he was responsible for overseeing the operations of the Sheriff Civil and Criminal divisions, including real estate, sheriff sale, civil enforcement, warrants, criminal court, traffic court, and family court. Jerry was the sheriff’s representative on both the Family Court Advisory Committee and the Criminal Justice Coordinating Committee.

Jerry holds a Masters degree in Organizational Development and Leadership from Saint Joseph’s University. He’s also received an Advanced Church Ministries Certificate from the Evangelical Training Association. Jerry is an Associate Minister at Mt. Zion Baptist Church. He serves on the board of directors of the church’s Community Development Corporation, whose mission is to foster better quality of life in its surrounding community. Jerry is President of the Board of Directors of the 74 unit Reba Brown Senior Residence.

Jerry currently serves as President on the Advisory Council of Friendship Circle Senior Center in Darby and on the Board of Trustees at the Baptist Home Foundation. He lives in Drexel Hill with his wife, Juanita, an active member of the Democratic Women’s Club of Delaware County.