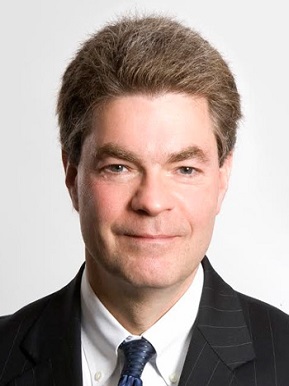 Jack is the proud son of a union family who has lived his American Dream in Delaware County.

His father Fred dropped out of Upper Darby High School at 17 to join the U.S. Army during the Korean War. After proudly serving his country, Fred raised his family into the middle class through his hard work as a SEPTA driver and member of the United Transportation Union (UTU).

Jack’s mother Henrietta was born in Soviet Ukraine and was detained during World War II in a Nazi slave labor camp. After the war, Henrietta and her family lived homeless on the streets of war-ravaged Europe until they immigrated to America. They settled in the City of Chester in 1951 and began their lives as free people.

Inspired by his parents’ pursuit of the American Dream, Jack worked his way through college, graduating at the age of thirty-four by completing his course work at night and on weekends. While still in law school, Jack joined the Delaware County District Attorney’s Office as an intern representing the Commonwealth in pre-trial hearings.  In 2000, Jack graduated from Temple University’s Beasley School of Law, passed the bar, and was appointed as an Assistant Delaware County District Attorney, prosecuting criminals in juvenile and adult criminal courts.

Just one year later, in 2001, Jack was recruited to join the U.S. Department of Justice as the policy analyst and Special Assistant U.S. Attorney for the Project Safe Neighborhoods (PSN) gun violence reduction initiative in the Eastern District of Pennsylvania. In 2004, Jack was appointed Assistant United States Attorney and assigned to lead a gun violence task force targeting the “Badlands” of North Central Philadelphia. Jack had the distinction of earning a 100% conviction rate in his four and a half years as a federal prosecutor.

In 2006, Governor Edward G. Rendell appointed Jack as Pennsylvania’s Safe Schools Advocate for the Philadelphia School District. In this unique watchdog role, Jack established a reputation for independence and integrity by publicly reporting the School District’s systemic failure to properly report violent crimes. Because of his work, District officials made changes in policy to better protect children and teachers. In 2012, the Philadelphia Inquirer won a Pulitzer Prize for a series on school violence that was based in part on Jack’s advocacy.

Jack was appointed Deputy State Treasurer for Consumer Programs in 2017. He worked with State Treasurer Joe Torsella to establish the PA ABLE savings program for people with disabilities. They also created the Keystone Scholars grant program, which gives every child born or adopted in Pennsylvania a brighter future by seeding a 529 higher education savings account to help them reach their dreams through higher education and career training.

Jack currently serves on the Board of Directors of the Delaware County Bar Association and is a founding member of the Delco Coalition for Prison Reform (CPR). He lives in Havertown with his wife Judi, son John, and daughter Sarah, both students at Haverford Middle School. In 2019, he was elected as the District Attorney for Delaware County.