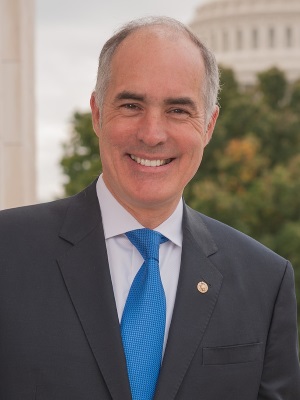 Bob Casey believes that “all public service is a trust, given in faith and accepted in honor.”1 Since he was elected to the United States Senate in 2006, he has worked to create family sustaining jobs and foster financial security for Pennsylvania families; protect our children and invest in their futures; ensure safety at home and respect for America abroad; promote honesty and accountability in government; preserve the dignity of the vulnerable of all ages among us; and advocate for his constituents and help them solve problems they face.

Senator Casey has established a record of results on behalf of the people of Pennsylvania. He was the prime Senate sponsor of landmark legislation for individuals with disabilities, the Stephen Beck Jr. Achieving a Better Life Experience Act (ABLE). ABLE will allow millions of families across the United States to save for the long term care of their loved ones with a disability in a tax-advantage savings account. The Associated Press hailed this legislation as “the most important new law for [those with disabilities] in 25 years.” Senator Casey believes that people with disabilities have a lot of ability and we must give those with disabilities the tools to succeed in the workforce and to live a full life.

As concerns arose across the nation about the dangers of campus sexual assault, Senator Casey took action and passed into law the Campus Sexual Violence Elimination Act. The Campus SaVE Act requires uniform reporting standards for sexual assaults on college campuses and requires schools to provide clear guidelines to students on their sexual assault policies. The new law also emphasizes steps schools can take to educate students and help prevent sexual assault.