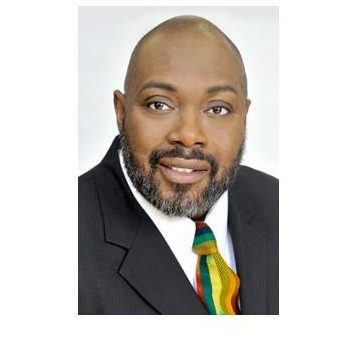 Richard Womack brings a wealth of governing experience to his campaign for County Council. He has served for 12 years on the Darby Township Board of Commissioners, from 2009 to 2021; for six of those years, he was Vice-President of the board and for two years he was the President.  For seven years of his tenure, he even served as the township’s police commissioner. A lifelong resident of Darby Township, where Republicans long held control of township government, Womack developed bi-partisan working relationships on the board of commissioners and has increased revenue, equity in resource distribution, accountability, and transparency in his township’s government.

A member of the Communications Workers of America, Womack has worked for the AFL-CIO for twenty four years, first as a northeast field representative and currently as the assistant to President Richard Trumka for Civil Rights and Community & Religious Affairs.  Early in his career, Womack served as a field director for PowerPac, a non-profit promoting voter registration, voter turnout, and voting rights.

On County Council, Womack will be guided by the advice his father, a civil rights and labor leader, passed on to him: “the best way to be a good leader is to be a good listener and a good servant.” He looks forward to working alongside current County Council members on establishing a County Public Health Department, a fair-minded county justice system with a government-run jail, and a hiring process that results in a county workforce that reflects the county’s population. Given his labor background, Womack brings a particular interest in the county’s Workforce Development efforts, hoping to build in incentives for contractors to hire local union labor.  His experiences in Darby Township will make him a strong partner in the current council members’ insistence on accountability and transparency in government.