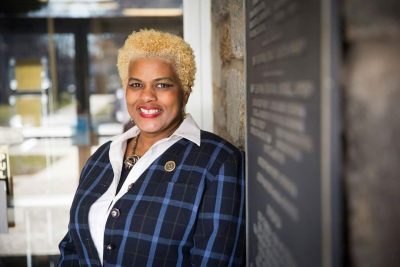 She began her career as a broadcast journalist, hosting a show on WDAS and often covering politics.[4] She also started two non-profit organizations: the Anti-drug and Alcohol Crusaders, which offers programs for children whose parents are struggling with addiction, and the African American Female Entrepreneurs Alliance, which focuses on small business development.[4] She worked on Barack Obama‘s presidential campaign during the 2008 election, traveling as far as Montana to work for the campaign.[2]

Davidson announced her candidacy for the Pennsylvania House of Representatives after longtime Republican incumbent Mario Civera was elected to the Delaware County Council. Civera eventually resigned his state House seat, and Davidson defeated Republican school board member Maureen Carey in the general election. She is the first Democrat, first woman, and first African American to represent the 164th district.[4]