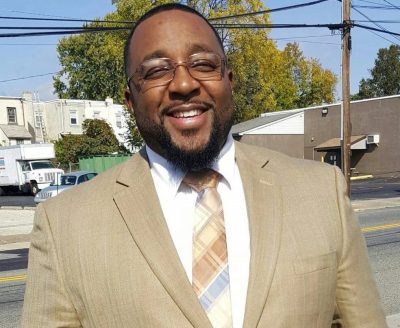 Prior to his role with PHMC, Yates was the district outreach and community affairs

director for Congresswoman Mary Gay Scanlon and served as chief of staff for the 159th Legislative District under State Representative Brian Kirkland. Yates’ involvement in politics and advocacy began at the early age of 11 through his work with Vietnam Veterans of America’s campaign for the war against drugs and violence. After his brother, Marcus Yates, was murdered at the age of five in a Southwest Philadelphia candy store, Yates participated in the national campaign Safe Kids Week and remains an advocate for non-violence and stricter gun control laws through the Marcus J. Yates Foundation. He is also involved in Lost Dreams on Canvas, a program that preserves the memories of the children whose lives were taken through senseless violence.

Yates serves as the co-chair of the Delaware County Black Caucus, He serves on the Board of Directors for Joseph J. Peters Institute, Delaware County Industrial Authority, The Foundation of Delaware County, Southwest Philadelphia Community Development Corporation, Community Learning Center and Vested In Financial Services Inc.

Yates earned his B.S. in Business Management and Marketing from Norfolk State University, an M.S. in Strategic Leadership from Neumann University and a second master’s in Public Administration with a concentration in Political Science from Widener University. He also completed a fellowship with the University of Pennsylvania, Fels School of Government for Board Governance and Leadership