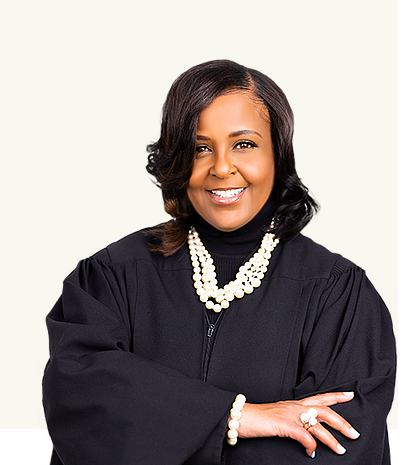 As a judge who has served on the Bench for over 18 years, the Honorable Lori A. Dumas is an impactful voice in the City of Philadelphia. She served as a Common Pleas Court Judge in the Philadelphia Family Court – Juvenile Division for the majority of her tenure where she fought for fair and equal justice for Philadelphia’s most vulnerable children and families. She has served in the Criminal Division and is currently assigned to the Civil Division. She has presided over thousands of trials, both jury and non-jury.

While serving in Family Court, Judge Dumas established herself as an innovative leader in guiding the City of Philadelphia in its creation of the First Judicial District’s Juvenile Human Trafficking Court, which provided services to youth that had been victims of commercial exploitation. She led many of the initiatives that were created to enhance the work of the court and to ensure that system children were the beneficiaries of some of the most innovative and effective services to lead them to success.

In the community, Judge Dumas seizes every opportunity to educate her fellow jurists and other stakeholders about human trafficking victims, trauma and the Court’s role as a change agent in the lives of vulnerable children. Judge Dumas also serves as the local Chair of a national anti-violence program which uses literacy as a therapeutic tool to assist youth who have been traumatized by violence. Judge Dumas’ contributions have been recognized both locally and nationally.

In addition to her professional responsibilities, Judge Dumas has worked tirelessly with a number of boards and organizations including: The Mann Center, Dream Camp Foundation, Penn’s Village, Philadelphia Triple Threat, Big Brothers, Big Sisters, Northwest Victim Services, Alpha Kappa Alpha Sorority, Inc. and the Links, Incorporated, to name a few. She is also a member of the Philadelphia and Pennsylvania Bar Associations, National Council of Juvenile and Family Court Judges, National Campaign to Stop Violence, and a former officer of the Juvenile Court Judges Commission. Judge Dumas also served on several committees of the First Judicial District such as the Elder Justice Task Force and the Juvenile and Education Committees, just to name a few.

Judge Dumas is a graduate of the Fels Institute of Government at the University of Pennsylvania, DiverseForce Board Governance Program and is also a Georgetown Fellow, specializing in Systems which serve Crossover Youth, she holds a Certificate in Diversity and Inclusion from Cornell University and is licensed in the state as a Personal Care Home Administrator. Judge Dumas has taught legal courses at several local institutions.

A native Philadelphian, Judge Dumas received her Bachelor’s Degree in Sociology from Duke University. She obtained her Juris Doctorate from North Carolina Central University School of Law, where she was a distinguished member of The Law Review.

Judge Dumas is the mother of two adult children and a middle school student.