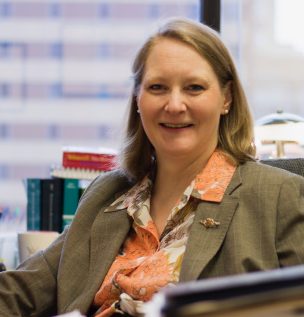 Kelly Eckel is a commercial litigator at Duane Morris LLP. For more than 20 years, Kelly has represented clients in a wide variety of litigation matters, including but not limited to commercial fraud, complex contracts, business torts, intellectual property, employment litigation, and bankruptcy litigation.

In addition to her extensive litigation experience, Kelly was appointed in 2010 to the American Arbitration Association’s Roster of Neutrals for commercial cases. This is an exclusive list of accomplished practitioners from legal and business communities throughout the world, who hear and decide cases filed in the AAA forum. As an arbitrator, Kelly frequently presides over pre-trial and trial hearings, resolves discovery disputes, issues rulings and awards, and resolves disputes between parties.

A daughter of German immigrants, Kelly earned a bachelor’s degree from Harvard University, where she wrote for the Harvard Crimson and played varsity water polo. After working in fundraising for two years, Kelly moved to Philadelphia to attend Temple Law School, where she was Managing Editor of Temple Law Review and a member of the Moot Court Honor Society. During law school, Kelly served as a judicial intern to US District Court Judge Harvey Bartle III.

Kelly resides with her husband, Gregory Ott, their daughters, Madeleine and Cassidy, and their Irish Setter, Reilly, in Upper Providence Township. Madeleine and Cassidy are active, year-round swimmers at Suburban Seahawks Club in Newtown Square, where Kelly served on the Executive Board for several years, and they swim during the summer at Knowlton Swim Club in Middletown Township.